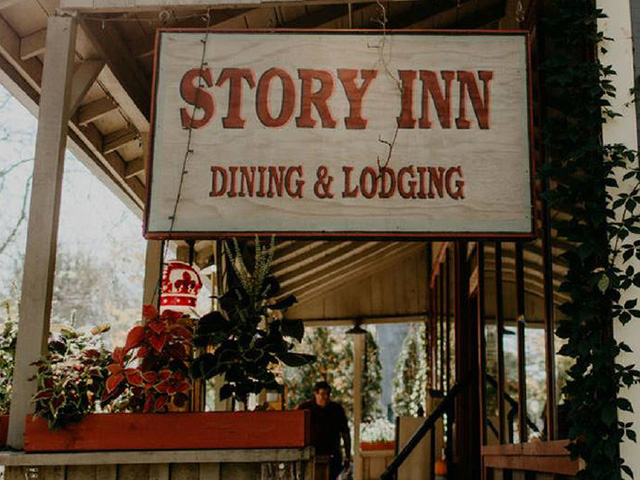 The town was of Story was founded as a logging community in 1851, with the grant of a land patent from President Millard Fillmore to Dr. George P. Story. In the early 1980s two hippies from Bloomington bought and re-assembled the old town, and created the Story Inn®. Today, Story is Indianas premier country inn, and perhaps the best preserved example of a 19th Century village that survives in the American Midwest. Step back in time by staying in one of our 18 unique and original rooms or cottages that once served as homes and workspaces Storys early 19th century residents. Each is decorated with Victorian era furniture, photos, and other antiques. We nurture and promote the opportunity for tranquil disconnect by not offering televisions, radios, or phones.