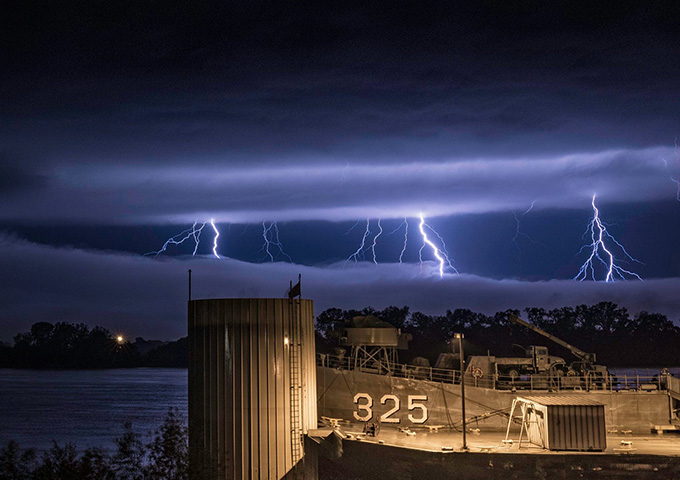 This LST (Landing Ship, Tank) is an amphibious vessel designed to land battle-ready tanks, troops and supplies directly onto enemy shores. Ships of this type proved to be enormously useful during times of war and peace both. This particular LST was originally known as LST-325 during the Second World War, USNS LST-325 during its arctic operations in the 1950’s, and later L-144 (A/G Syros) while it was in the service of the Greek Navy. It was acquired by The USS LST Ship Memorial, Inc., in 2000 at which time our veteran crew brought it on a 6,500-mile journey from the Greek island of Crete to Mobile, Alabama.