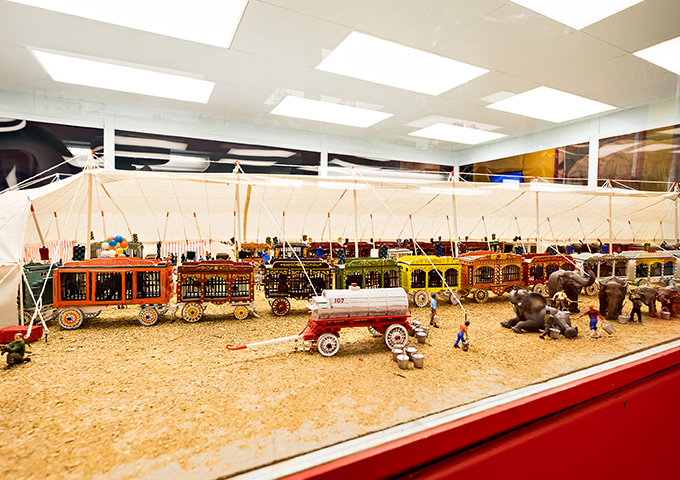 The French Lick West Baden Museum is located in downtown French Lick in a newly refurbished historic building between Highway 56 and Maple Street. In the exhibit space you’ll see presentations on artists Henry and Ferdinand Cross, Pluto water, the Monon Railroad, the original French Lick and West Baden Hotels, casinos from the late 1800’s to 1949, African-American heritage, and an extremely rich sports history from golf, baseball, and boxing, to Larry Bird. A must-see is the wonderfully detailed diorama, or miniature, of the Hagenbeck-Wallace Circus that wintered in French Lick from 1915 until it was sold to Ringling Brothers in 1929. Children of all ages will become young again as they peek inside the Big Top for a look at five rings of acts, the Spectacular, the aerialists, clowns, and elephants. One can almost smell the popcorn and peanuts, hear the trumpeting of elephants, laughter of children, and the applause.