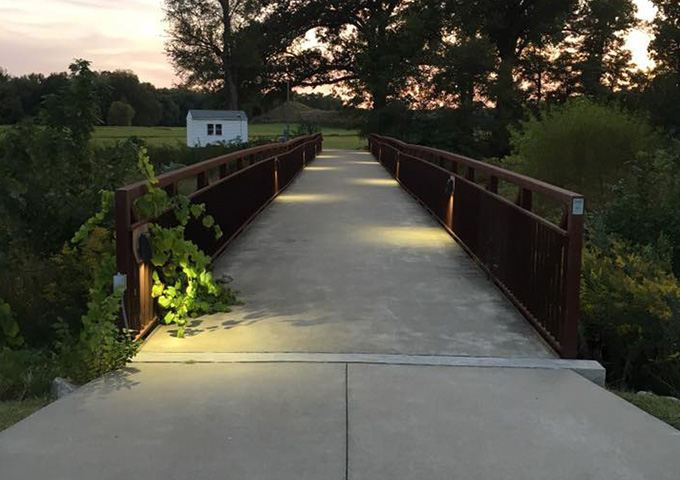 Angel Mounds is the site of the largest settlement of its time in what is now known as Indiana. It was a fortified town serving as a social, political, and religious center for a much larger area of villages, hamlets, and farmsteads that ran 70 miles along the Ohio River, from the Wabash River to 35 miles east of Evansville.  The town and surrounding settlements together constituted a chiefdom and were occupied from as early as A.D. 1000 to as late as A.D. 1450 by Native Americans whom archaeologists call Mississippians. The Indiana State Museum and Historic Sites Corporation now protects, manages, and interprets Angel Mounds State Historic Site.